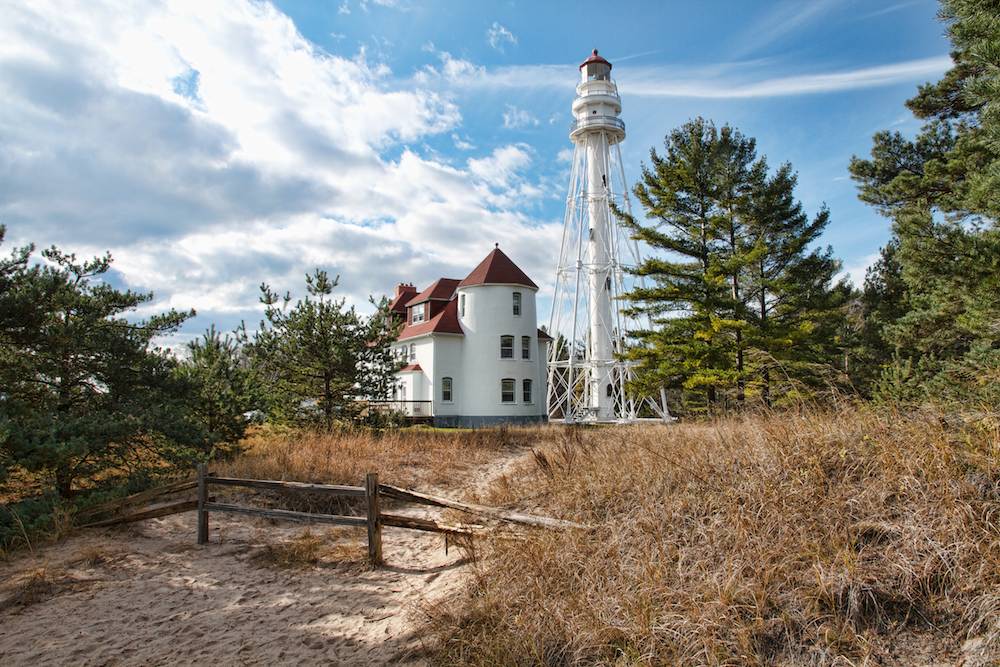 Located in Point Beach State Forest, a few miles north of Two Rivers, Wisconsin, Rawley Point Lighthouse remains a working light on the shore of Lake Michigan. The current tower, constructed of steel, was erected in 1895, but the site has been home to a lighthouse since before the Civil War. Dozens of ships have sunk or been stranded off the shore here, but apparently none since the new lighthouse tower entered operation.